Today, many habitats are in danger especially outside Protected Areas, of being damaged or disappearing due to several factors, such as global climate change, natural disasters, illegal logging, invasion of alien species, clearing of land for development, illegal encroachment for settlement, etc.

WCN has been working in habitat management and restoration through community participation. WCN has been working with community forest user groups of different districts to restore degraded forest areas to ensure the conservation of wildlife habitat while fulfilling local needs. WCN has also constructed waterholes in the migratory route of elephants in eastern Nepal. Besides this WCN has worked on the significance of corridors in effective  conservation , especially in west Nepal.

WCN prioritizes wetlands conservation as they are one of the most important biodiversity conduit and resource for local people.  Through education, research and restoration activities local people are engaged  in their conservation.

Construction of Waterholes for Elephants
WCN has mapped out Migratory Routes of Elephants and Surveyed vairous incidents of Human Elephant Conflict in Eastern Nepal. In addition, WCN studied on ecxisting water resources and vegetation types. Based on these surveys eight probable sites for the construction of waterholes were identified. New waterholes have been constructed and existing waterholes in Ramdhuni Community Forest of Sunsari district and another in Kanepokhari incidents like gun shots which is endangering the mega fauna. This needs to be controlled by providing training to the enforcement agencies on techniques that can be used to avoid killing of elephants. Regular maintenance of solar fencing and the crowd outside of the local community that gather in the prone areas also needs to be controlled as the masses seem to intensify the situation more tense. 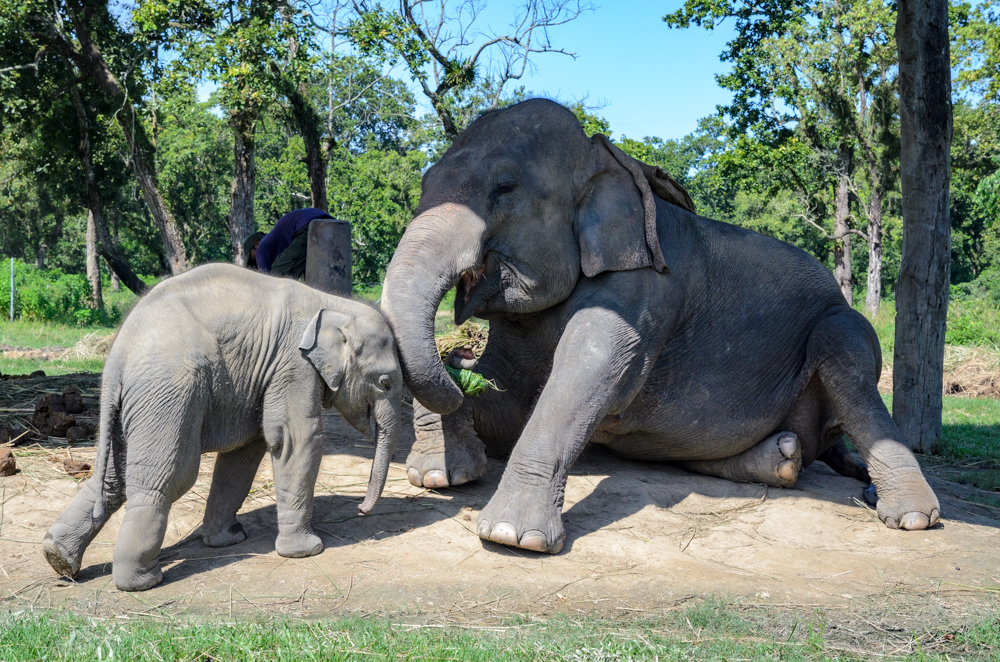