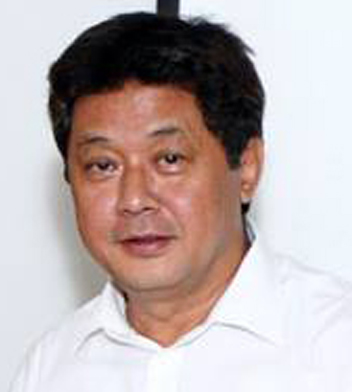 Mr. Prasanna Yonzon has a work experience of over three decade on natural resource management in Nepal from monitoring illegal wildlife trade to protecting endangered wildlife species and addressing climate change through local adaptation. He is the founding member and the CEO of WCN.  He has mentored young people towards conservation and environment through interaction, inspirational speeches and through presentations including sharing of knowledge on environment and natural resources. He has developed networks with enforcement agencies - Nepal Police, Armed Police, Nepal Ex-Police Association, Department of National Parks and Wildlife Conservation, Department of Forests to protect endangered species from illegal wildlife trade and poaching. He has also developed and implemented several training courses aimed in building the capacities of police officers and army personnel through trainings on environment protection. He has co-authored books on wildlife protection which is extensively used in the Police Academy as training manual.  He was also involved in    biodiversity surveys in mammals that include Terai Arc Landscape inventory project, National Biodiversity Action Plan and other related mammal surveys for different projects.

Trained on landuse planning for protected areas and buffer zone development and conflict management from Leipzig, Germany and an alumni of Asia Pacific Leadership program, he holds an M.Sc. in Zoology from Tribhuvan University, Nepal. In 1999 he led the team under the then King Mahendra Trust for Nature Conservation for the development of the operation plan of Barandabhar Forest, 2000 -2005. He was also the Project Coordinator for National Biodiversity Action Plan (GEF), 1996-1998. 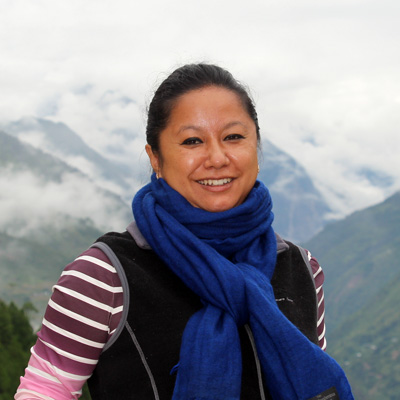 Ms. Sanjeevani Yonzon Shrestha is a well-known Environmentalist and Director at Wildlife Conservation Nepal. Her career spans a little over twenty years as a conservationist, educator, writer and a humanitarian responder. She holds a Master’s degree in Environmental Science from Tribhuvan University and is pursuing a degree in pedagogy. Ms. Yonzon is especially committed to engaging communities and people from all walks of life in nature conservation and to transform the way environmental education is taught in Nepal. She has co-written more than twenty different books for children and teachers, several lesson plans and curricula on Environment. She is a US Embassy’s IVLP (International Visitor Leadership Program) fellow and currently she is leading the Green School movement with her team. She is a recipient of Excellence in Environmental Protection Allumuni Award Xavier Academy 2018 and WWF Conservation Award, Nepal 2021.

A passionate advocator of circular economy, she is also involved in developing community-based innovative solutions to mitigate the repercussions of climate change and create viable local business solutions to tackle such issues with her team and different partners. In the past few years, Ms. Yonzon has developed and implemented educational and advocacy programs and projects on wildlife conservation, waste management, climate change, and natural resource management in coordination with different stakeholders and different levels of government of Nepal. 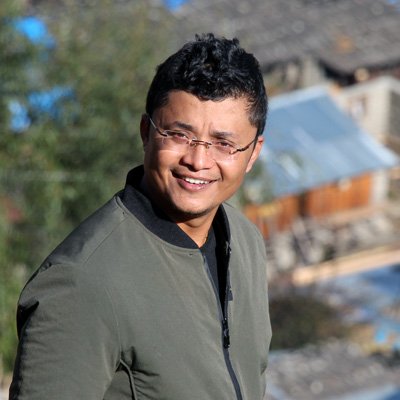 Mr. Nabin Gopal Baidya is a noted environmentalist and Program Manager/Senior Nature Interpreter at Wildlife Conservation Nepal. With more than 15 years of working experience, he has spent his professional life working for research and developmental projects that focus on conservation of wildlife and protecting endangered flora and fauna, mitigating the consequences of human-wildlife conflict, as well as securing the safety and livelihoods of residents who closely share their environment with wildlife.

He holds a Master’s degree in Environment and Wildlife management from Tribhuvan University of Nepal and attended East-West Center, University of Hawaii at Manoa for Asia-Pacific Leadership Program (APLP). He is also a Law Graduate from Nepal Law Campus, Kathmandu, Nepal and EMBA from Ace Institute of Management (affiliated to Pokhara University. 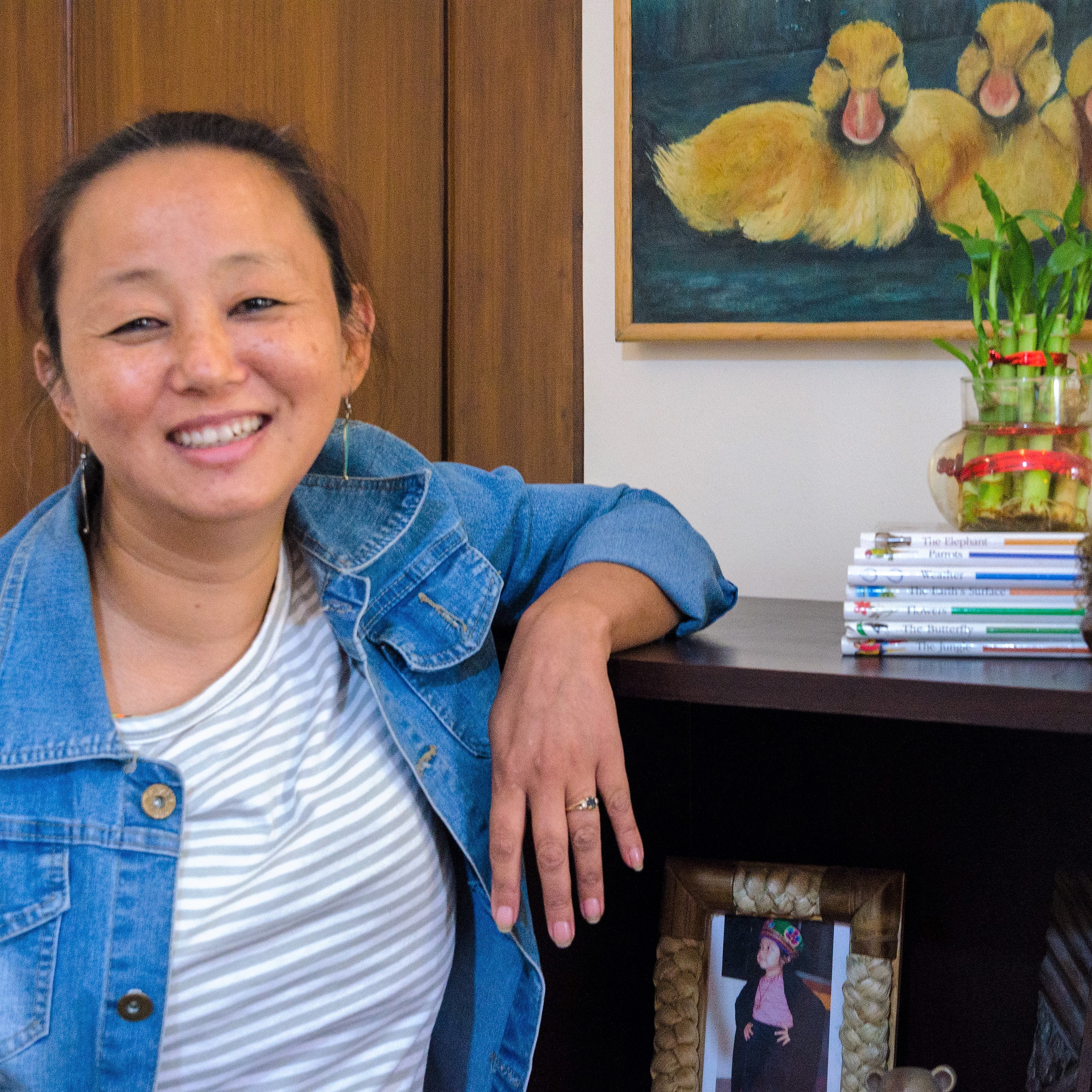 Ms. Brinda Dewan is an Environmental Educator with extensive experience of more than 15 years in developing and implementing environmental programs in US and Nepal. Before going to the US, Ms. Brinda Dewan contributed a lot to the environment education program at WCN. She was the founder member of Nepal Prakriti Pathshala. She has worked as an Educator in multiple Nature Centers across US –in Colorado, Minnesota and California.

She has dual Masters Degrees in Botany from Tribhuvan University and Environmental Education from University of Minnesota, US. She is a Fellow of the “Community Solutions Program “of the US State Department. An ardent advocate of waste management and nature education, Brinda believes that nature is a classroom where students get an all rounded active physical-sensory learning environment and must be prioritized in the education system everywhere in the world. Brinda specializes in nature and interactive pedagogy, nature interpretation and waste education. 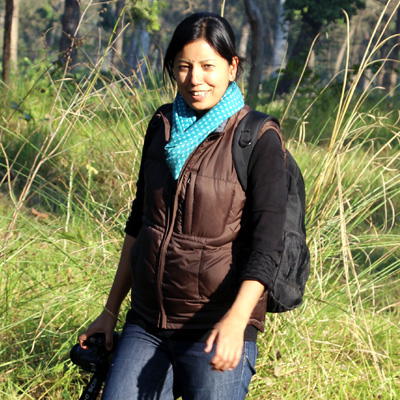 Ms. Ritu Gurung KC is a Program Consultant at WCN and has over 15 years of experience of managing projects on Natural Resource Management. She has led projects where the key focus areas are mobilizing women for sustainable livelihood and forestry, interactive environmental education, advocacy and outreach. At WCN she is responsible for the organization’s strategy and project development and its execution. She graduated with dual degree (MSc.) in International Studies in Tropical Aquatic Ecology from Bremen University, Germany and Environmental Science, Tribhuvan University, Kathmandu. She is a recipient of DAAD Scholarship program and is also an IVLP (International Visitor Leadership Program) Alumni. 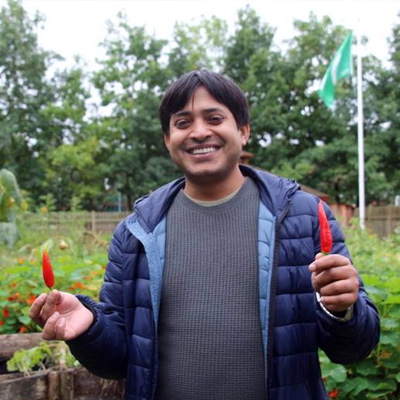 Mr. Subash Kharel is a highly motivated and dedicated Environmentalist working for more than 12 years in this field. He has been associated with WCN since 2009 and involved in Environmental Education program in which he has successfully coordinated different activities to reach out various location of the country to generate general awareness on environment. Mr. Kharel has expertise on developing publications produced by the organization and also outside of the organization. He is one of the strategic members of WCN and also actively involved in liaison government officials as well as other partner organizations. He has proficiency on Local Curriculum Development and Green School Concept and engaged on flourishing both for the better learning outcome and conservation of environment.

He has a strong background on climate change issues and natural resources management. He also has long working experience with community forestry where he has provided his intelligence in livelihood enhancement of marginalized community with green business. 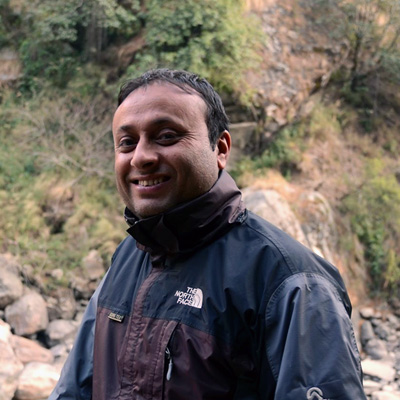 Mr. Rajeshwar Rijal, Nature Interpreter at WCN is an Educator and Social Scientist. An expert of Participatory Rural Appraisal (PRA) and Rapid Rural Appraisal (RRA), Mr. Rijal has more than 15 years of professional experience. He has contributed on institutionalizing Interactive Environmental Education in Schools and developed several local curricula for different local governments of Nepal. Moreover, he has been supporting climate change adaptation and mitigation activities for the improvement of livelihood of rural communities and worked for Natural Resource-based Community Development Activities in different parts of Nepal. His competence on different publications of Wildlife Conservation Nepal and Nepal Government is exemplary. 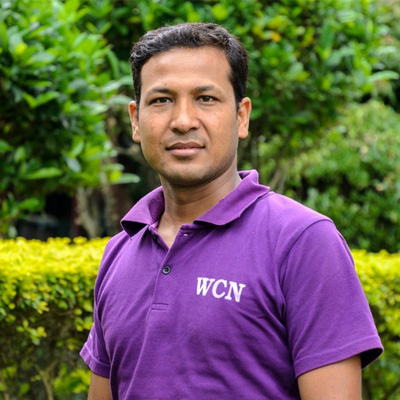 Mr. Buddha Bhakta Maharjan is the Finance Officer and Admin Assistant at Wildlife Conservation Nepal (WCN) with more than 9 years of established experience in the field of accounting, finance and administration. Mr. Maharjan is a graduate of Business Studies, Management Faculty from Patan Multiple Campus in Patan Dhoka and on his way to earn MBS from Patan Multiple Campus, Tribhuvan University. Also, his interest lies on being an entrepreneur to support local women groups. 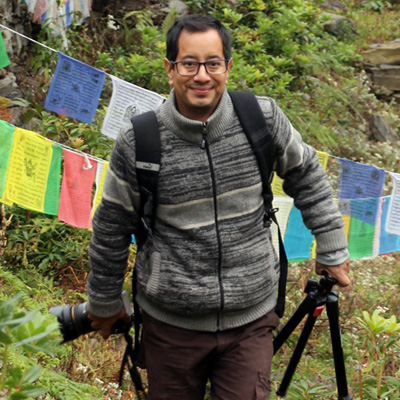 Mr. Pranaya Bikram Thapa is the Multimedia Facilitator at WCN and has more than 10 years of working experience in this field. He is accountable for the visual documentation of all the events of organization. Mr. Thapa holds a Bachelor Degree in Interactive media Design from Raffles Design College, Kuala Lumpur, Malaysia. He is also a photography enthusiast and has been pursuing a career in this very field.

Ms. Pareena Khadka, Education and Campaigns Officer, is in charge for the effective promotion and accurate exchange of relevant information and resources including outreach and community events. She holds a Bachelor's degree in Environmental Science from the University of Northampton. She started her career as a volunteer for the knowledge-based Nepal Prakriti Pathshala (NPP) program of Wildlife Conservation Nepal (WCN), where she worked for two years. She later joined the organization as an intern for interactive environment education, and she is now employed as an education and campaign officer. In addition, she has a particular interest in the analysis and efficient management of environmental problems in varied environments through projects and research.

She supports WCN with the creation and execution of campaigns that provide pertinent information to solve current environmental challenges.

Ms. Swekriti Rai is working as an Education & Art Assistant Officer at Wildlife Conservation Nepal (WCN). She is involved in developing illustrations for the lesson plans and activities. She is a student of Bachelor in Social Work from Thames College, Tribhuvan University. She has worked with WWF and WildCan as a volunteer for Wildlife Ranger Congress (WRC). She is an emerging artist, and through her artworks she aims to deliver awareness on importance of wildlife and its conservation. 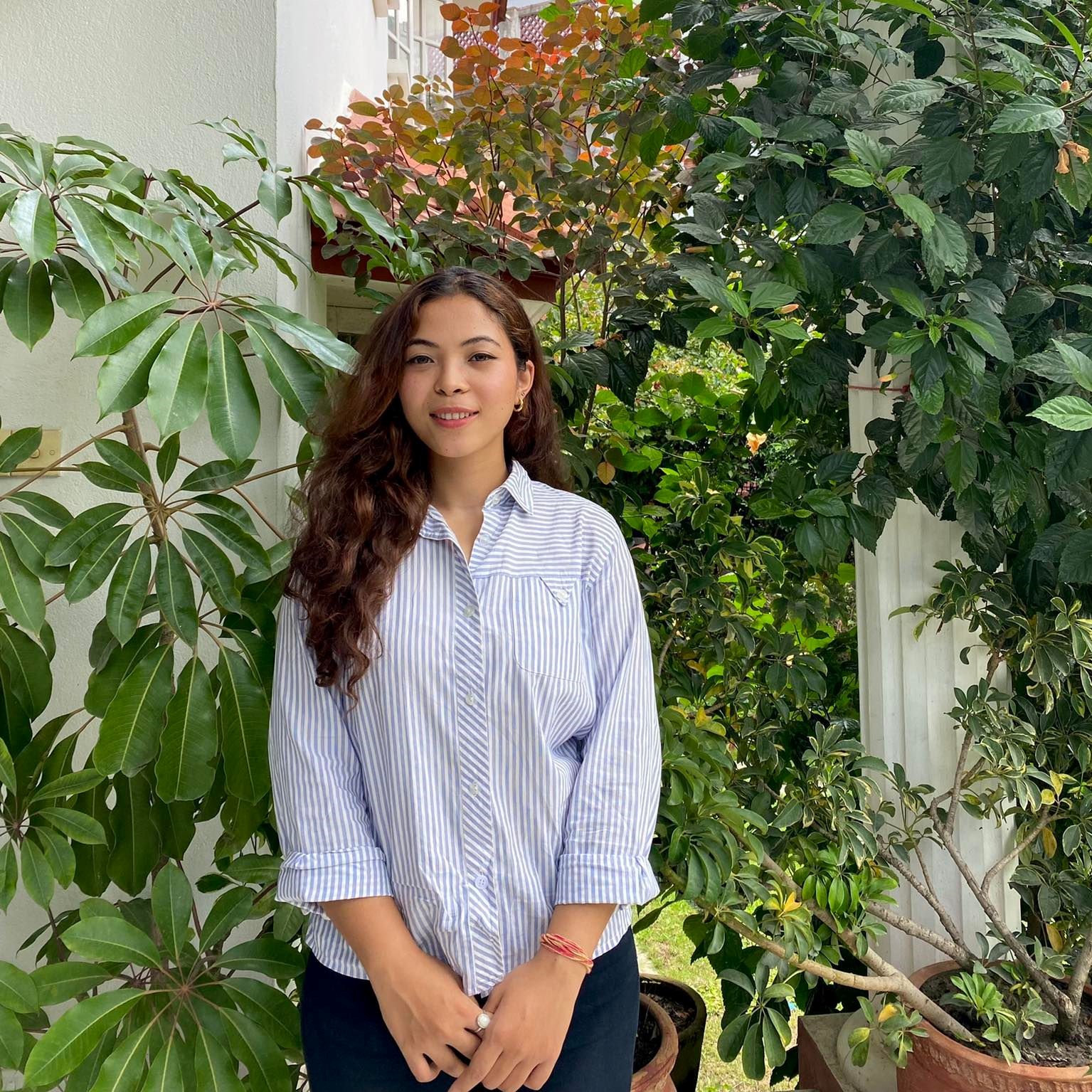 Ms. Astha Shrestha is currently working as an intern in  Wildlife Conservation Nepal (WCN), Eco smart school Program. She began her working experience as a volunteer for WCN, an education-based program Nepal Prakrit Pathshala (NPP). She graduated from GoldenGate International College with Bachelor's degree in Environment science. She has a keen interest in urban ecosystems, sustainable living, biodiversity, ecological restoration, climate change, and waste management. Driven by her keen interest in urban spaces and ecosystems she did her thesis for a bachelor's degree on SIGNIFICANCE OF URBAN GREEN SPACE IN KATHMANDU CITY FOR SUSTAINABLE URBAN AREA. She is a nature-lover and believes that good things happen to those who work for it; through the opportunity at WCN. 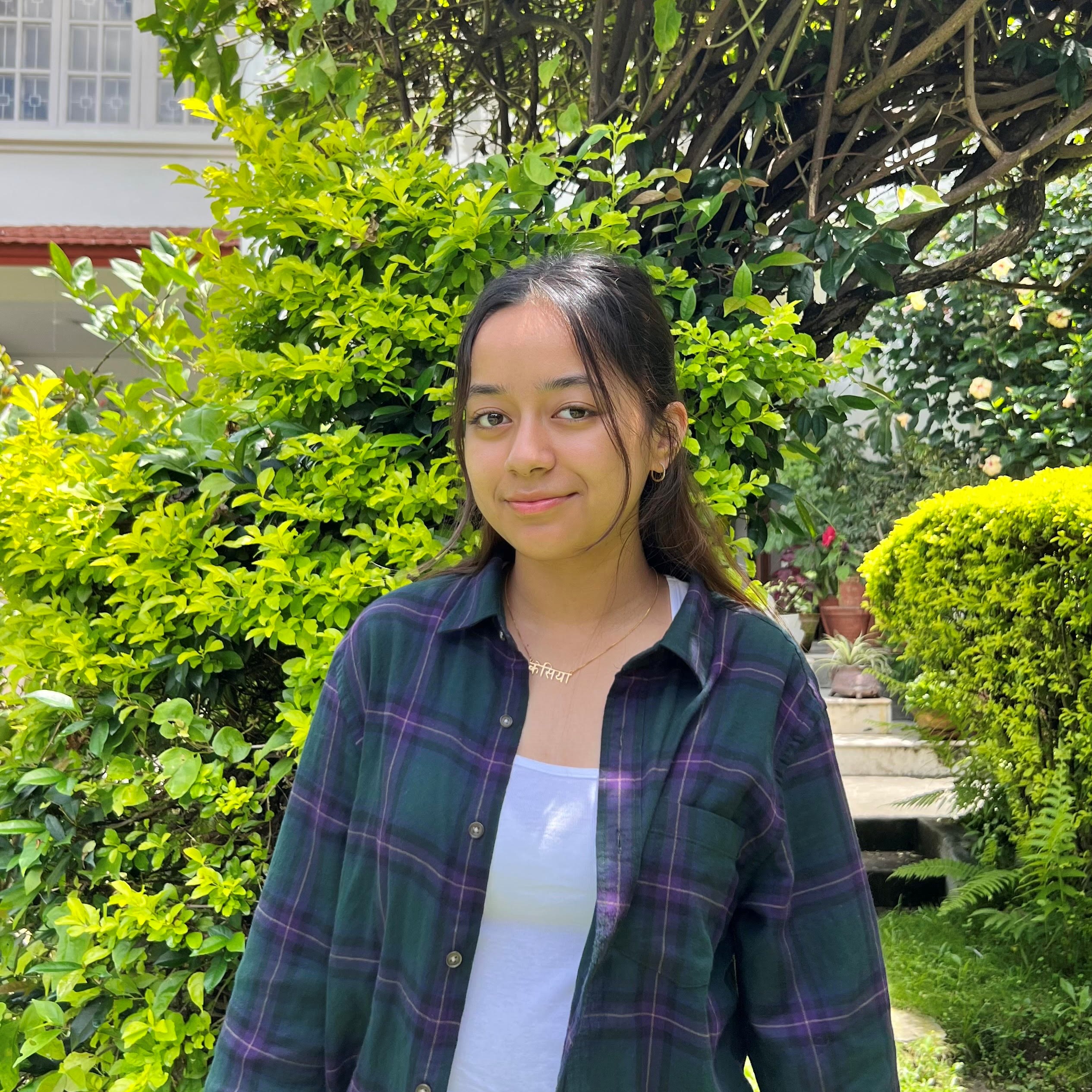 Ms. Kesia Shrestha is currently doing the IB Diploma Programme. She has been working as an extern at Wildlife Conservation Nepal. She is involved in various school programs. Ms. Shrestha says, “ I opted to work at WCN in order to obtain work experience and this has been a steep learning curve for me. The opportunity to go to different schools and share knowledge regarding ‘environment conservation’ and ‘biodiversity’ through different activities with other students has helped me gain a lot of practical as well as field skills. This opportunity is extremely beneficial for my personal growth and I'm thankful for it.” 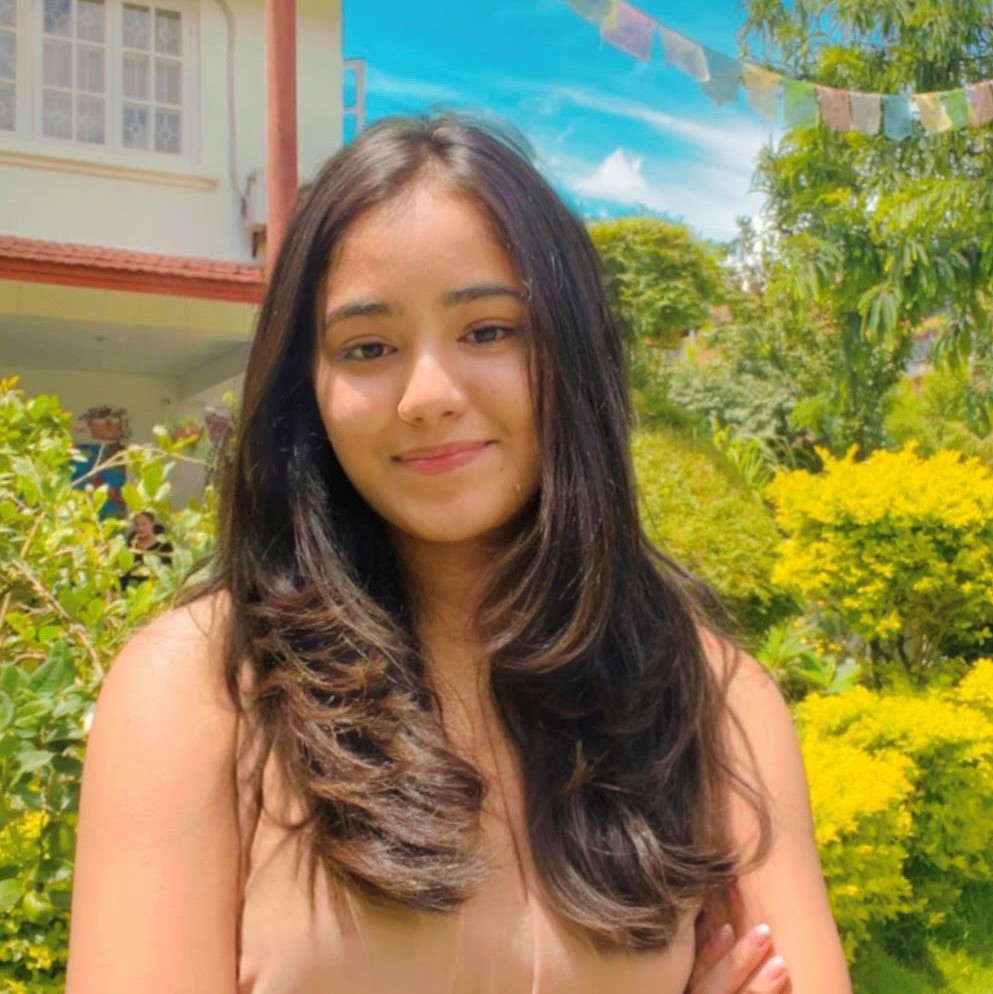 Ms. Prashna Khadka has been doing an externship at Wildlife Conservation Nepal. She is involved in various school programs, where she helped students in understanding and exploring wildlife conservation measures while learning new things herself. She believes that working at WCN has given her the opportunity to contribute and have a positive influence on the environment. She has also obtained practical and new learning experiences in the field of wildlife and biodiversity conservation, as well as a variety of new skills and knowledge. These included attempting new things, discovering new surroundings, refining her field abilities, and learning about wildlife and nature conservation—all of which aided in her personal development. 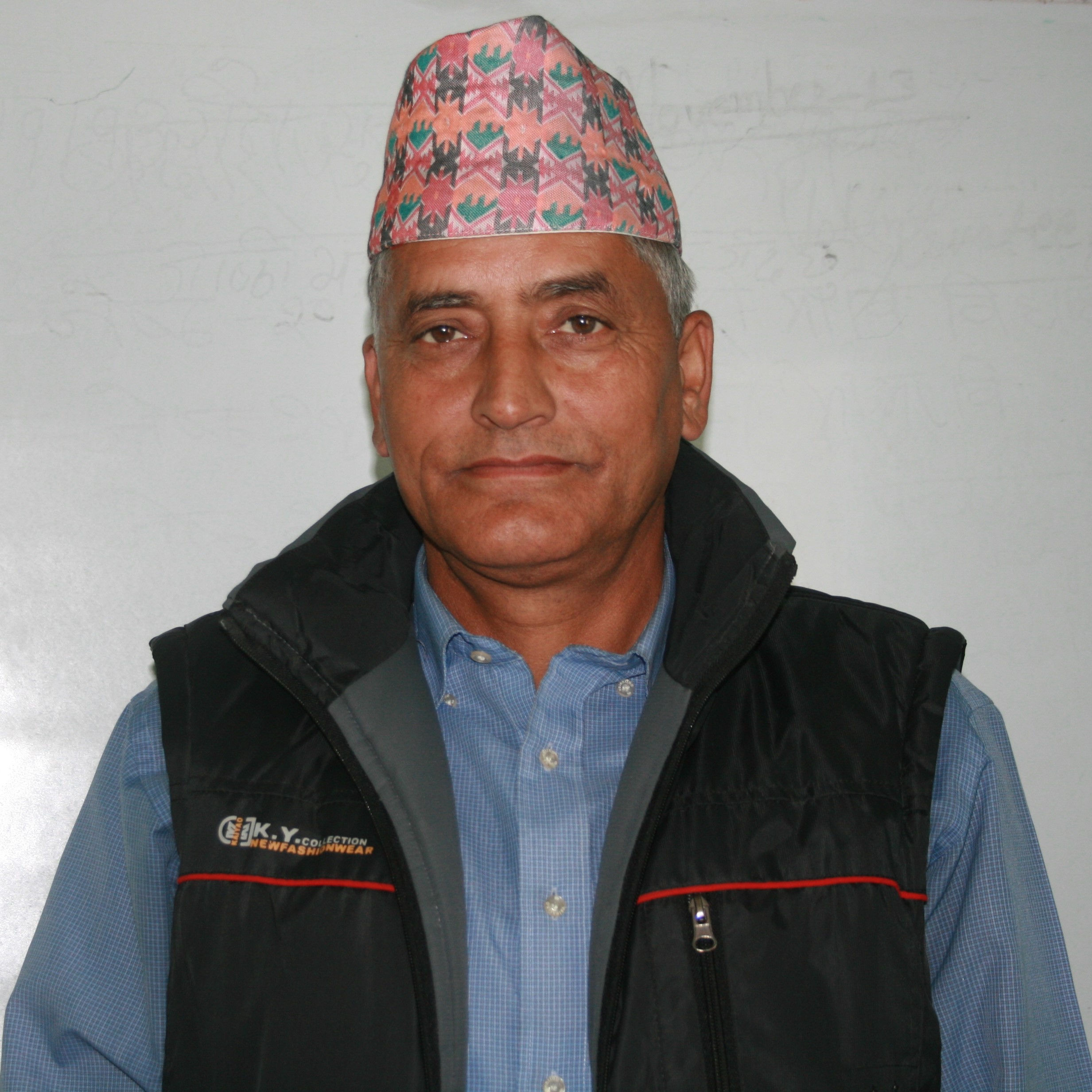 Mr. Ram Chandra Paudel is the Branch Officer for WCN Chitwan Office. He has been with the organization for more than 10 years. He is responsible for the overall coordination and implementation of the activities in Chitwan.

Mr. Bal Krishna Lama is the Senior Field Assistant at WCN and has been associated with the organization for the past 18 years. A former police officer by experience he is responsible for the overall management of the transportation services in the organization and also supports in field activities.

Mr. Ram B Gurung, is the Senior Field Assistant of WCN. Former police Officer by experience, he is responsible for the field related activities at WCN.