Collaborations in Art
Art is one of the mediums to learn and develop skills, and WCN believes collaboration is a vital tool to experience new learnings, enhance teamwork and communication skills and accomplish a shared goal of conservation. WCN collaborates with photographers, artists, writers, and organizations from various backgrounds to engage in positive dialogues and instigate action for nature conservation.

Alliance Française:
Alliance Française differs from cultural organizations in other countries with a particular mission: promoting not only the culture of a country but the “cultural diversity.”

Since 2010, Planet Nepal has aimed to raise awareness of environmental issues such as water, agriculture, sustainable architecture and illegal wildlife trade. WCN has been a partner of planet Nepal since 2016 actively. WCNs collaboration with Alliance Française has engaged the public on many pertinent issues like Curbing Illegal Wildlife trade and Beat the plastic with innovative and informative exhibition , performing art, panel discussions and demonstrations 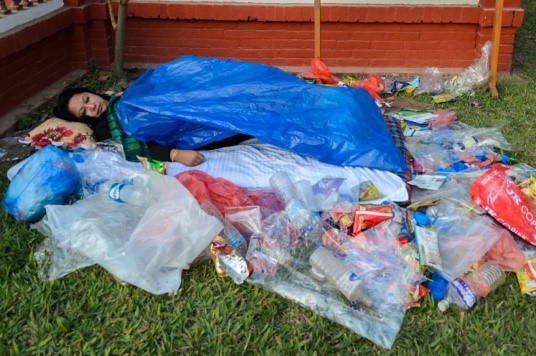 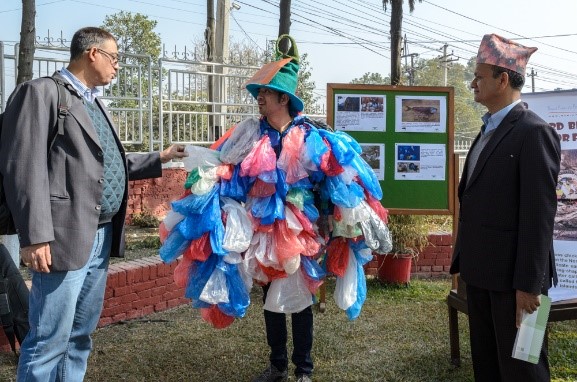 WCN teamed up with Department of Arts and Design, Kathmandu University (KU) to create an artwork related to wildlife and issues related with it. The artworks are used to promote awareness on different themes of conservation. 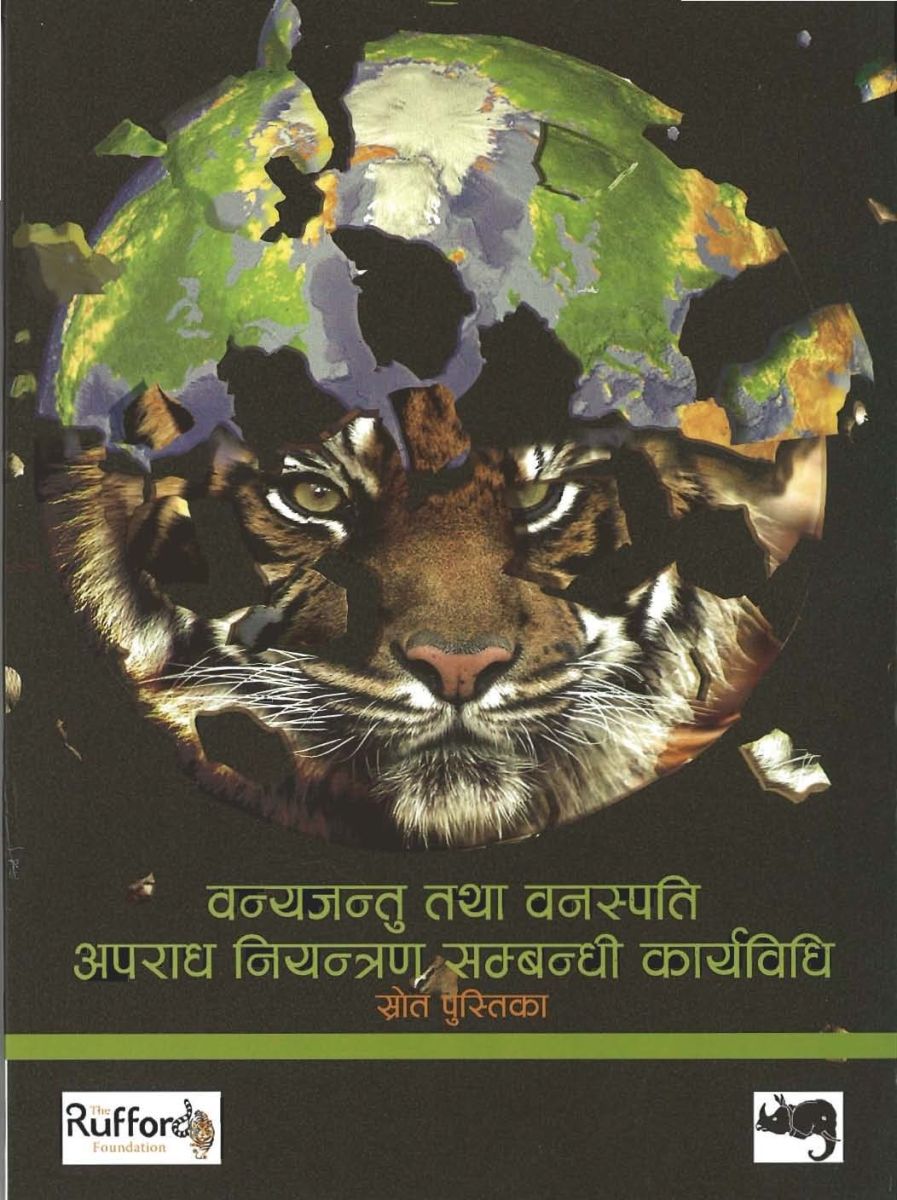 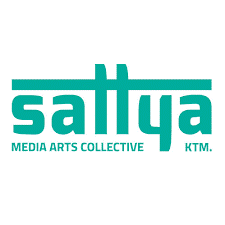 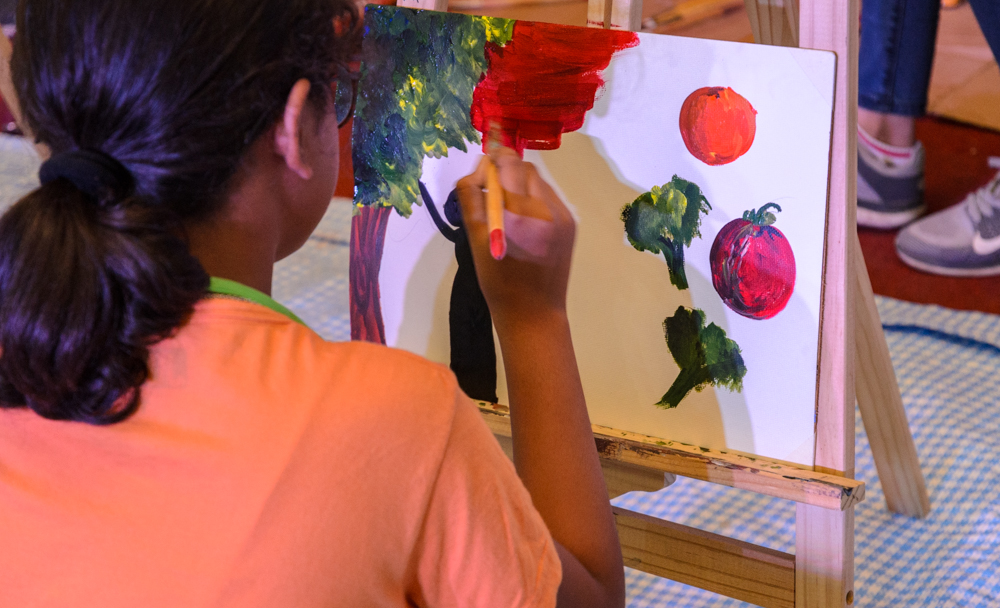 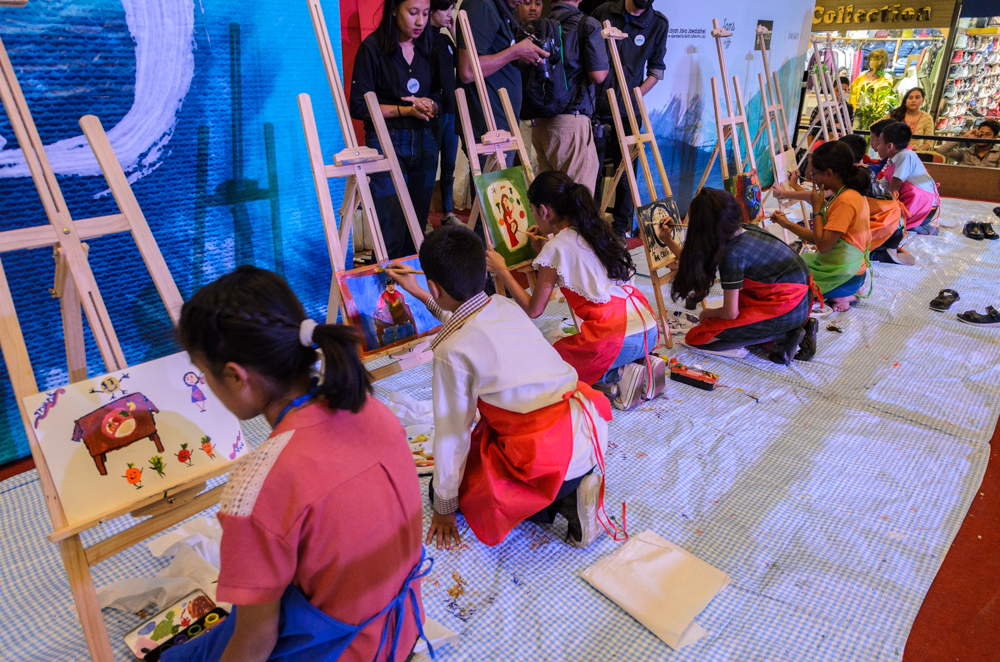 WCNs NPP conducted its first 3D Art Exhibition and Art Workshop in collaboration with The Crafty Cat Art Club in August 2019, with an aim to create an awareness about the current catastrophic environmental problems of Kathmandu Valley. The workshop cum exhibition was organized in cooperation with Ms. Priyanka Rana Iandoli from The Crafty Cat Art Club, UK, on August 5,7 and 8 2018.  More than 100 young artists had applied to the concept brief competition, out of which 30 concept notes were selected and 3 were chosen as finalists to develop a 3D Art model. 3 winning concept based Art Installations contributed by 27 student artists from different schools of Kathmandu Valley on State Of Environment were unveiled on the exhibition day. The Installations were put up in different participating schools as a travelling exhibition throughout the year. WCN continues to partner with Ms. Rana on creating art for conservation. 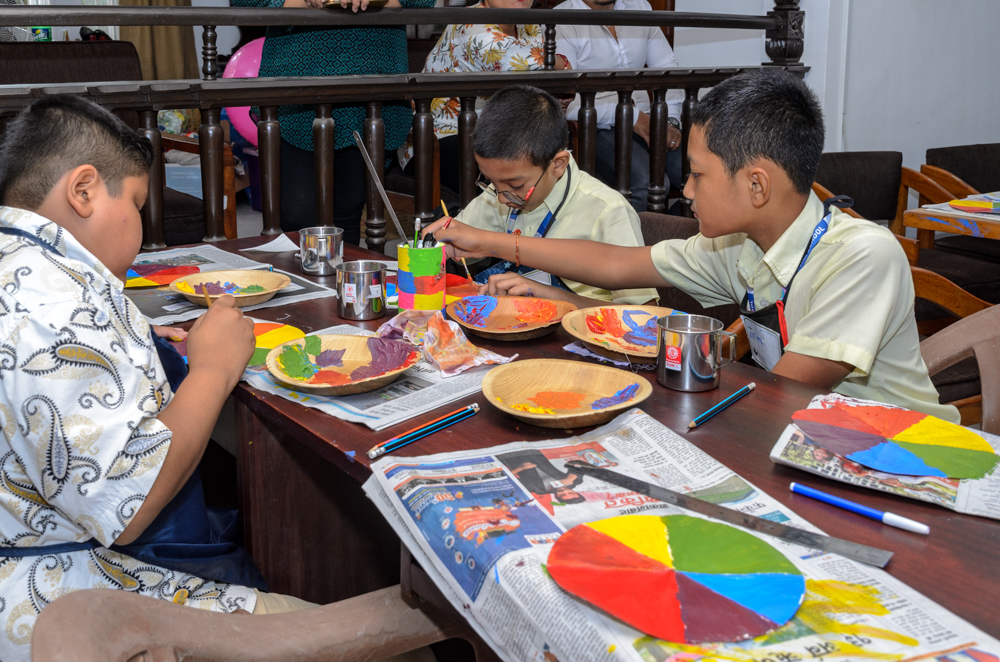 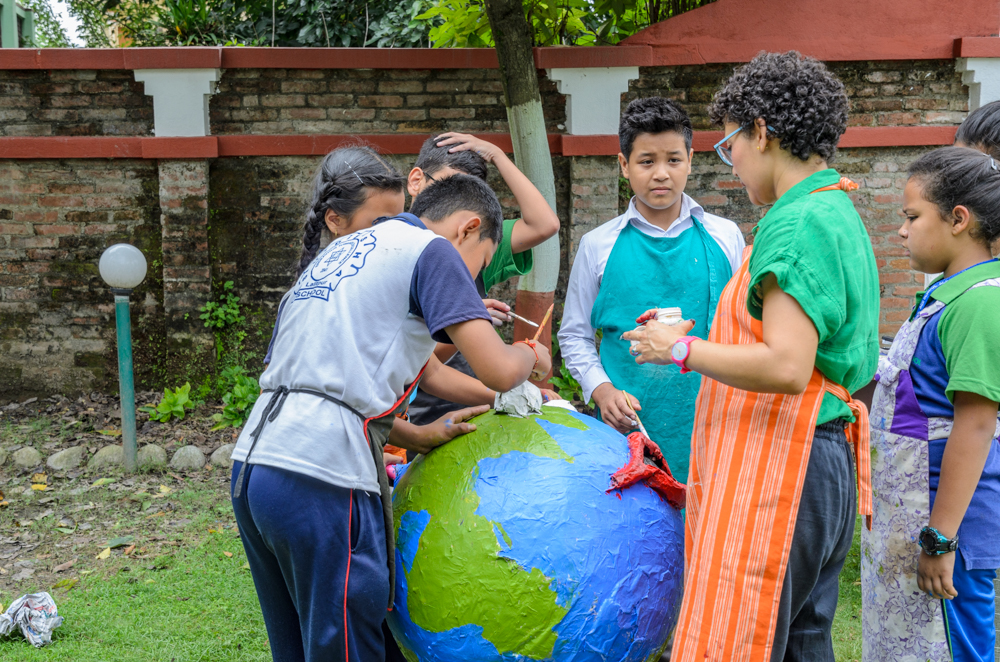 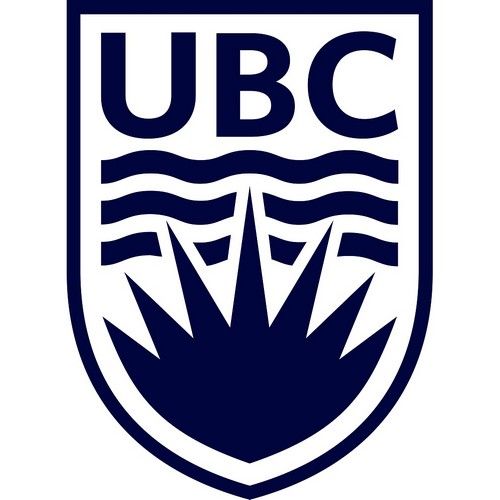 The University of British Columbia:
The University of British Columbia is a global centre for teaching, learning and research, consistently ranked among the top 20 public universities in the world. UBC embraces innovation and transforms ideas into action. Since 1915, UBC has been opening doors of opportunity for people with the curiosity, drive and vision to shape a better world.

Wildlife Conservation Nepal (WCN) developed a card game on Phylogames on Nepal's Biodiversity in collaboration with the Advanced Molecular Biology Laboratory (AMBL) at the Michael Smith Laboratories, University of British Columbia. The Card Game is based on the Phylo trading card game, which incorporates the wonderful, complex, and inspiring elements that inform the concept of biodiversity. WCN and AMBL at UBC's Michael Smith Laboratories, led by Dave Ng, collaborated with Nepalese artists Mr. Pramit Dhakal and Ms. Nandita Chettri, as well as designers, to create a deck focused on Nepal's biodiversity. 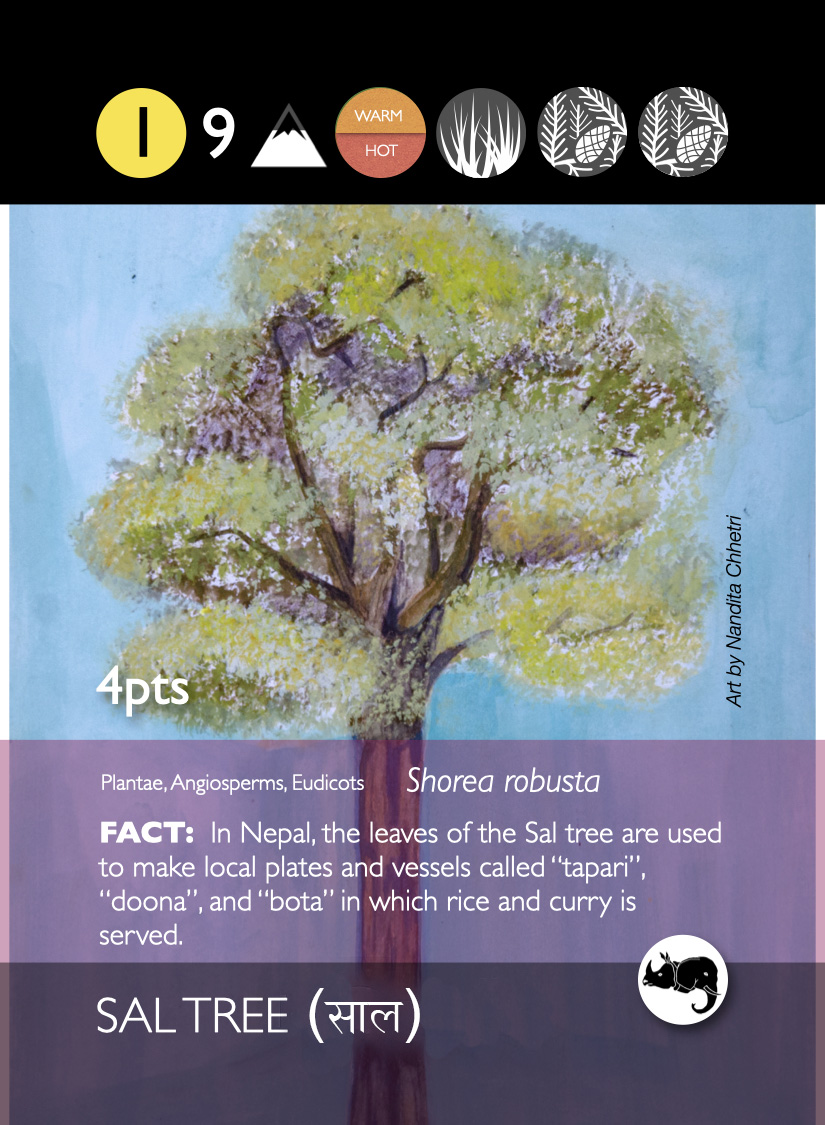 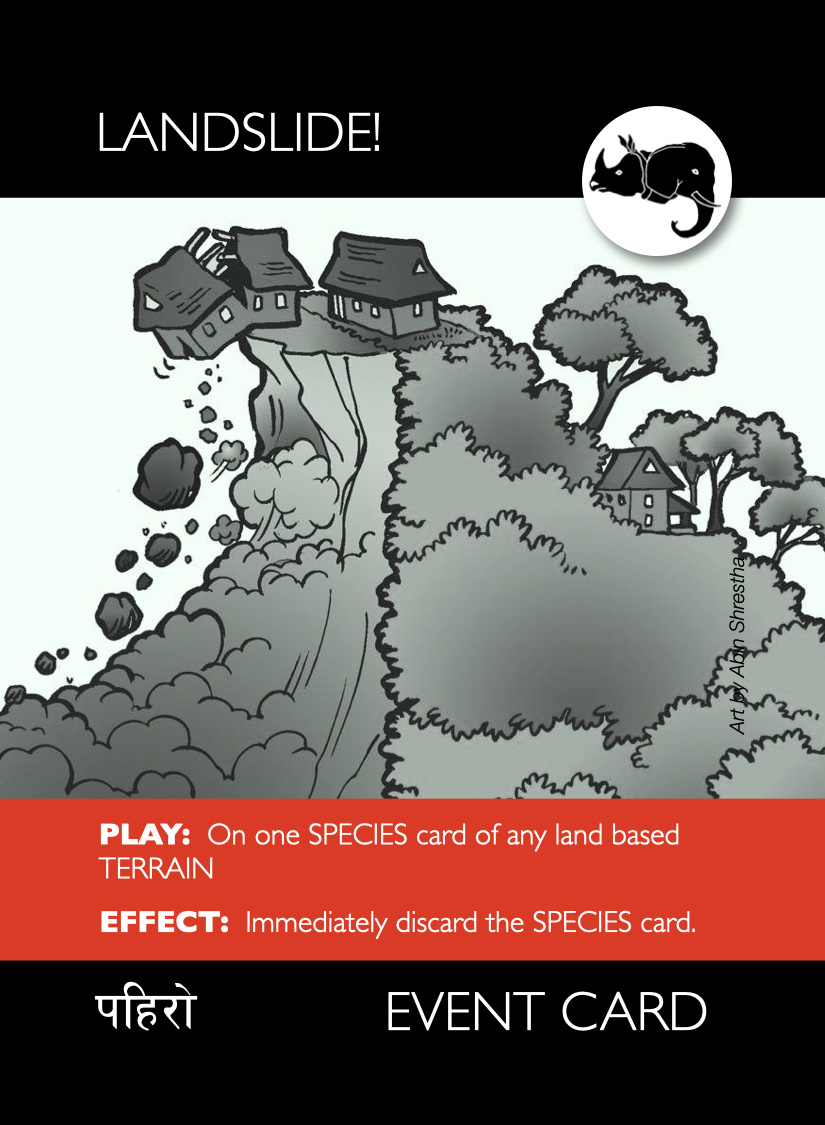 Mr. Abin Shrestha
Mr. Abin Shrestha is a renowned cartoonist in Nepal. He made his debut in this field in 1993, and he has been drawing cartoons on a variety of subjects, including politics, for the past two and a half decades. Abin is a well-known artist who has had numerous exhibitions both at home and abroad. He has also received numerous awards. He has two books published: "Abin's Cartoon Collection, Part I" and "Best of Abin – Abin's Cartoon Collection, Part II." He is currently the President of the Cartoonist Club of Nepal, as well as a senior cartoonist at Kantipur Publications.

Ms. Shrestha has been promoting arts and crafts as one of the advocacy tools for nature conservation with WCN and has judged artworks of the children submitted for Children Art Competition 2020. 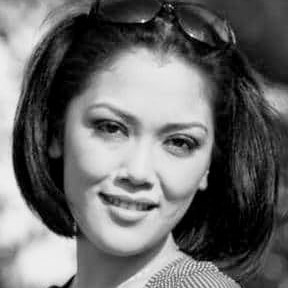 Ms. Nandita Chhetri
Ms. Nandita Chhetri is an acclaimed designer and artist, currently involved in White Tara Studio. She is a contemporary realist artist who greatly advocates using eco-friendly materials that are locally available to create different artworks. She strongly believes – to create an art we just need a little bit of imagination.

Ms. Chhetri has worked with WCN to create a deck/cards focused on the biodiversity of Nepal. She is active in providing creative inputs for designing low cost and eco- friendly materials for different environment educational activities of WCN.
Mr. Parakram Singh Yonzon
Mr. Parakram Singh Yonzon specializes in Himalayan art and handicraft. He is a Himalayan style art consultant. He trains artists and employs them. He founded samsara designs studio as a place to encourage artisans and handmade in Nepal products.

Mr. Yonzon and WCN shares a well built association for many years and, together with the organization he believes that art is one of the mediums through which we can conserve our culture, tradition, history and environment. Also he has judged artworks of the children submitted for Children Art Competition 2020.
Mr. Pramit Dhakal
Mr. Pramit Dhakal is a painting conservator and restorer at Central Conservation lab., Department of Archaelogy, Patan. Mr. Dhakal has had many exhibitions where he showcased the value of nature, living in an urban city, youth and rebuilding Nepal. He is a graduate from Tribhuvan University on Fine Arts.

Mr. Dhakal began working with WCN with arts that directly emphasizes on species and habitat conservation. In addition, he has worked with WCN to create a deck/cards focused on the biodiversity of Nepal and judged artworks of the children submitted for Children Art Competition 2021.
Ms. Priyanka Rana Iandoli
Ms. Priyanka Rana Iandoli is a (Nepali UK based) artist and art practitioner/ educator with a particular interest and passion for the natural world, who strongly believes that “every child is an artist”. Founder of The Crafty Cat Art Club based in Caterham, East Surrey, England is an art club, which values the connection between art and emotional well-being in children. She shares her passion for art and nature in her local community by sharing her knowledge with both adults and children as well as creating her own work.

Ms. Iandoli continues to support WCN’s Art Program for Conservation as she provides constructive ideas and suggestions to reach out to larger community, and encouraging them to conserve the environment for better and sustainable future. She has also facilitated "ArtLife - WCN's 3D Art Program for Conservation" and judged artworks of the children submitted for Children Art Competition 2020.
Mr. Sovit Baniya
Mr. Sovit Baniya is a young artist who specializes on Illustration, sketches and storyboard. He is into various kinds of painting such as portrait, Landscape and realistic and also into modern art and character development. Graduated in fine arts from Lalitkala Campus and Srijana college of Fine art he has been involved in various consultancy services as an art Director, Illustrator, and Visualizer for various private, government and non-government organization.

Mr. Baniya is working with WCN through his arts and expertise, for conservation through education to build up a sense of responsibility among people of all generation towards protecting nature and wildlife.  Furthermore, he has also provided illustrations for WCN publications and judged artworks of the children submitted for Children Art Competition 2021.